Pretty as a picture, oceans bluer than your paint palette. Waters clearer than crystal, food to die for and memories that will have you wanting more.

The land of Mythology, Olympics, parties at Mykonos – Greece, the land of Gods, is one place you must visit. This blue and white paradise looks like heaven for those who want a peaceful getaway but like to have a bit of fun. It’s not your basic sea and sand holiday, it takes your breath away.

Since the year 2000, Greece as a member of the European Union also became a member state of the Schengen Area. To enter Greece as a tourist, you need a Schengen Visa which is valid for 90 days allowing you to visit any of the 26 Schengen countries. This is considered a short visa and only used for tourists.

You can download the visa application form from the Greece Visa website. Your passport needs to be valid for 3 months after your Schengen visa expires and have at least two blank sheets. You must have a cover letter stating the purpose of your visit, proof of civil status, and proof of sufficient financial means for the period of stay in Greece. More specific details are provided on the Schengen website.

When is it best time to visit the country?

To visit Greece, it all depends on the kind of person you are. Between the months of June till August are the hottest months. So if you enjoy spending time at the beach, and you love to just laze about in the sand, this would be the best time.

Although it can get pretty humid, so make sure you carry your sunscreen with you. September to November is the more pleasant months but also do happen to have a lot of tourists. By the end of November, it gets pretty chilly so make sure you pack accordingly.

If traveling on a budget, you will probably have to have a good lookout for cottages which could come up to €80 per night. This won’t necessarily be situated right in the middle of town, but don’t be disappointed, this won’t change the beauty that the place has to offer.

With its sprawling Mediterranean gardens, you will be able to enjoy the view and take in the not so commercialized part of Greece. You can rent an apartment out for yourself in case you have a bunch of friends and split the cost. You will also have concierge services, which won’t burn a hole in your pocket. But if you want to spend your holiday in a luxurious way, there are amazing hotels which guarantee you the best and most posh experience of Greece.

Travelling in Greece via public transport is very cheap, however, you’d be exploring the country on foot if you are staying on the smaller islands most of the time. Occasionally, you could use public transport like the ferry, trains, and buses. They are convenient, and the routes are not too difficult to figure out.

Additionally, taxis are available just about anywhere in Greece which makes it a reliable mode of transportation. If you are lucky, you might get a great taxi driver who will give you good advice on how to travel, where to eat and where to shop.

Places to Visit in Greece

Greek Food to give a try

Things to Remember While in Greece:

Fancy a big, European trip? – Check out our Germany travel guide, suitable for winter holidays and top things to do in London, according to our specialists!

Next Top 10 Tours & Activities in Dubai! 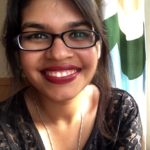 Passionate food lover who is ever-ready to explore the world of food whilst taking up culinary adventures at home and beyond.

The first-timer’s guide to Singapore