Most Underrated Things To Do In Egypt

The pyramids of Saqqara

What is the first thing that almost immediately comes to your mind when you think of Egypt? Yes, I thought you’d say the pyramids. While the Giza pyramids and the sphinx have their own charm to them, what most people miss out on is the Step- pyramid of Saqqara. These pyramids, unlike the ones in Giza, are smaller and extremely unique because they’ve been carved out in steps.

The entire landscape is so picturesque and probably the perfect spot for any budding photographer. There are a number of tombs in and around the area that you could enter as well. Hire a guide when you get there and make sure they don’t overcharge you. If you plan your day well, you could also visit the Dashur pyramids which are right around the corner.

What to see in Egypt? – Mosque of Mohammad Ali

For some odd reason, most people don’t end up visiting mosques during their stay in Egypt. The Mohammad Ali Mosque is one of the most beautiful structures I’ve seen till date. With fine stone work on the outside and intricately woven walls on the inside, you instantly find yourself emerged in the Mamluk area that actually dates back to the Ottoman period. 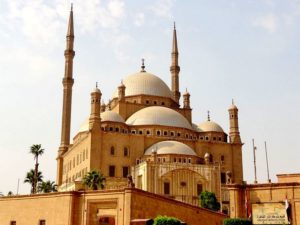 You feel at peace from the time you enter and the chandeliers and lights only add to this mesmerizing experience. What’s better is that the mosque is built inside the Cairo citadel, so you get a good view of the city once you step out. Apart from that, there is also a museum you could visit and an ancient prison that you could explore.

What to do in Egypt – give the traditional cuisine a try! While the country is known for its exotic chicken kebabs and beef, this simple Egyptian dish, originally made in the 19th century is an unusual combination of lentils, macaroni and rice that can be as fulfilling. It is mixed together and topped with garlic vinegar and a tomato sauce (that uses a Middle Eastern spice blend), garnished with crispy fried onions and chickpeas. 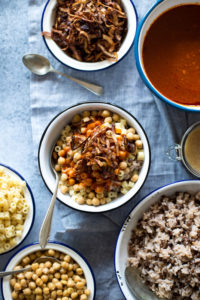 The idea sounds very strange… until you actually taste it. Then you’ll understand why this mouth watering dish is a favorite among Egyptians. Street vendors serve the dish in carts while you also find people waiting in lines at restaurants for their beloved dish.

Shopaholics, this is your paradise! Described aptly as a myriad of colors and smells, you can get lost in this maze with street vendors persistently trying to lead you to their store. Do not get carried away, no matter how convincing they might sound. 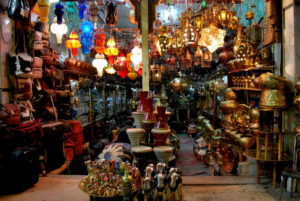 As you plan activities to do in Egipt, save some time to immerse yourself for hours together just walking through these streets and admiring the beauty of ancient Egyptian antiques. You’ll find sheeshas, (the cheapest you could ever get), lanterns, jewelry, keychains, fabric and typically everything under the sun.  You could also get your name written in Arabic in the form of a bracelet or chain to take back home as a souvenir!

Activities to do in Egypt – scuba diving at Dahab

Diving in the Red Sea is something you should not miss out on and the three pools in Dahab is undoubtedly the best place to do so. The clear blue water makes it appealing even for non-water lovers to give it a shot. The cool part about it is that you need you don’t need to know how o swim. 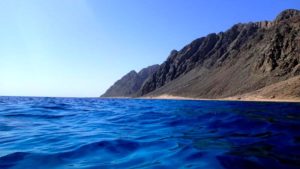 Unlike most scuba diving systems, where you’re made to jump off a boat, it works slightly different here. You gradually enter the water at your own pace and dive into the depths of the Red Sea. And trust me on this, you won’t regret it. The coral reefs are well-preserved and if you get as lucky as I did, you could also find Nemo! It’s a really colorful world out there.

So what are you waiting for?

Check our post about unique Ramadan traditions, from all around the world. Also, from Egypt!