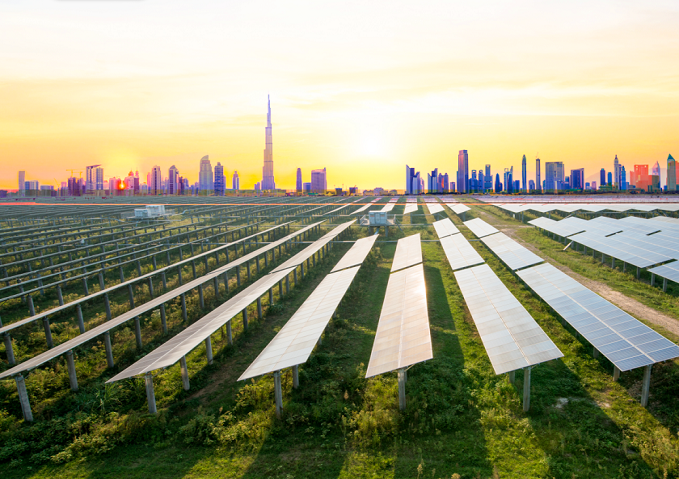 When Dubai decided to go all green, the world mused on how can a city with largest ecological footprint become a sustainable one? Dense skyscrapers built on soil that wouldn’t otherwise nurture a single crop, now boasts the tallest building in the world and so many other magnificent sights. A perfect getaway destination with a range of five-star hotels has not only made Dubai one of the busiest and the richest cities, but also a smart one.

There’s nothing Dubai can’t do. The Palm Islands are enough a proof. So, to answer the world on how Dubai is turning green for a sustainable future, the steps are already initiated.

Earlier this week, the Roads and Transport Authority (RTA) announced that 90% of the limousines operating in the city will become environmental-friendly by the next 7 years, which means by 2026 Dubai would have already reduced a high percentage of carbon footprint.

“The initiative is the first of its kind worldwide in the semi-total conversion of the limo fleet into green vehicles,” Dubai Media Office tweeted on June 29.

This is another feather added to the cap of the green initiative that the government has already taken up. The UAE is already gearing to generate 7% of its power output from clean energy sources by 2020 and 25% by 2030. This is made feasible by the world’s largest single-site solar park, Mohammed bin Rashid Al Maktoum Solar Park which aims to generate up to 1,000 megawatts (MW) of clean energy by 2020 and 5,000 MW by 2030.

Let’s not forget the Dubai Green Fund which is modifying the buildings into an energy-efficient one and also replacing 75% of the city lights with an efficient fixture.

While the government does their job right, here are a few activities you can do to contribute in the making of green Dubai.

Dubai offers quite a variety of public transport choices. Dubai Metro is fully automated, extremely clean, and efficient. Busses run extensively across the city getting you to places where metros cannot.

Water taxis, also known as ‘Abras,’ are a great way to avoid traffic and reach the other end. The tram system gives quick access to touristy areas including Jumeirah Beach, Dubai Marina, and areas along the Al Sufouh Street. The tram connects to the metros and the Palm Monorail, which again takes tourist from one end of the Palm to another while offering a scenic view of the Atlantis Hotel.

Gone are the days when residents complained about the lack of recycling facilities in the city. This year in March, Dubai opened The Recycling Hub, the world’s largest e-waste recycling facility. Besides this, many Dubai neighbourhoods, have implemented a recycling programme in addition to smart recycling centres and units especially along Sheikh Zayed Road.

No stranger to planting trees, the United Arab Emirates, aims to plant one million trees before the World Expo 2020 in Dubai. Participate in your tree planting projects and take part in green activities around town.

Do you want to find the green Dubai right now and live the experience? Tickets To Do offers an exclusive package to see The Green Planet, which houses an enchanting world of greenery with over 3,000 plants and animals and the world’s largest indoor man-made and life-sustaining tree.

Visit The Green Planet for an ultimate green experience. You will work towards it after you’ve visited the power of green.