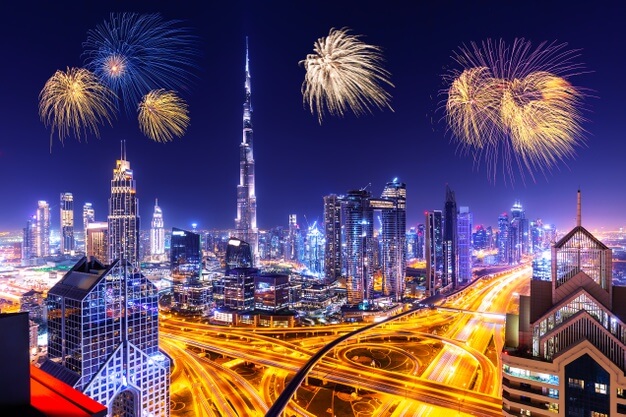 Just like the Taj Mahal of India and the Pyramids of Egypt, Burj Khalifa is an iconic symbol of the UAE. The good news is that it is turning 10 on January 4, 2020, and splendid celebration awaits.

You most likely did not miss out on Burj Khalifa’s signature New Year fireworks, but if you did, then here’s your second chance to relive the lit sky of Downtown Dubai. Don’t waste any more time and log in to TicketsToDo for great deals on tickets to the Burj Khalifa.

What to expect on Burj Khalifa’s 10-year-anniversary

The celebrations on the 4th promises to be a fitting way to head into the decade full of grand events. With the Dubai Expo 2020 and Qatar World Cup in 2022, the world has its eager gaze fixed on the Middle East. Keeping that in mind, the organizers have planned an evening that will surely live up to the occasion.

Since its inauguration in 2010, the Burj Khalifa has been smashing records left and right, and this year is no different. There will be a series of specially curated light shows in the evening. Along with it, you will also be greeted by some amazing waterworks at the Dubai fountain, with the longest choreographed water routine.

The skies will also light up with some sparkling fireworks from the Burj Khalifa. On top of that, there is also a colorful interplay of designs and motifs of the LED lights. You will also be getting special surprise gifts if you visit the observatory deck, the Dubai Mall or At The Top. The tallest standing structure boasts best cafe’s and restaurants, so an evening spent on January 4 will be totally worth it. 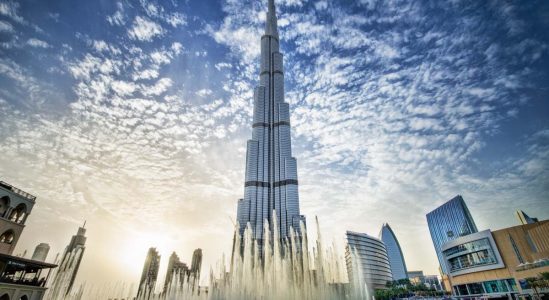 Since we celebrate the 10th anniversary of its inauguration, let’s check out the 10 fun facts about Burj Khalifa

1. There is a noticeable temperature difference from the base to the top of the tower of an estimated 6 degrees Farhenite.

2. It is two times the height of Empire State Building in New York and three times that of the Eifel tower. If you were to lay out the individual pieces of the Burj Khalifa’s rebars end to end on the ground, it will cover more than a quarter of the earth’s surface.

3. Home to the world’s first Armani Hotel with 304 rooms. Apart from hotels, there are also residential Armani Residences. If you visit, you will see the chic decors and interiors designed by the Maestro Armani himself.

4. The tallest building in the world with a height of 828 meters. It also has over 160 stories which are both the highest in the world.

5. Burj Khalifa’s design has kept in mind the local culture and the natural landscape. The inspiration behind the neo-futuristic look of the tower is the desert lily, a regional flower of the UAE.

6. The elevators of the Burj Khalifa are the tallest service elevators in the world. These elevators also have the longest travel distance as well. There are a total of 54 working elevators that travel at 40 miles per hour. These elevators are also specially designed for controlled evacuations during emergency situations.

7. It is also the home to the world’s tallest art gallery which displays commissioned work of more than 85 artists. On top of that, it also has the second-highest swimming pool in the world.

8. Any project of such magnitude requires tools and machinery of gigantic proportions. As was the case with the construction of Burj Khalifa as it featured the world’s three largest self jacking cranes with lifting capacities of 25 tonnes each.

9. The structure is also very sustainable as every Year 15 million gallons of water are collected and used for irrigating the landscapes, plants and also in cooling systems and the Dubai fountains.

The Significance of Burj Khalifa 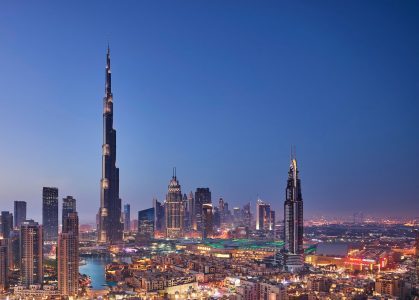 The Burj Khalifa today has become synonymous with the city of Dubai. His Highness Sheikh Mohammed Bin Rashid Al Maktoum was the driving force behind the concept of Burj Khalifa. His aim was to build-on Dubai’s ever-growing status as a popular tourist destination and the Burj Khalifa added to the vision. It is head and shoulders above all its competitors as the tallest building for the past ten years. The tower is a symbol of ambition and serves as a long-standing jewel in the crown of the UAE. So, don’t miss out on the 10th anniversary of the inauguration of the Burj Khalifa.
Read also all you need to know about Dubai EXPO 2020!