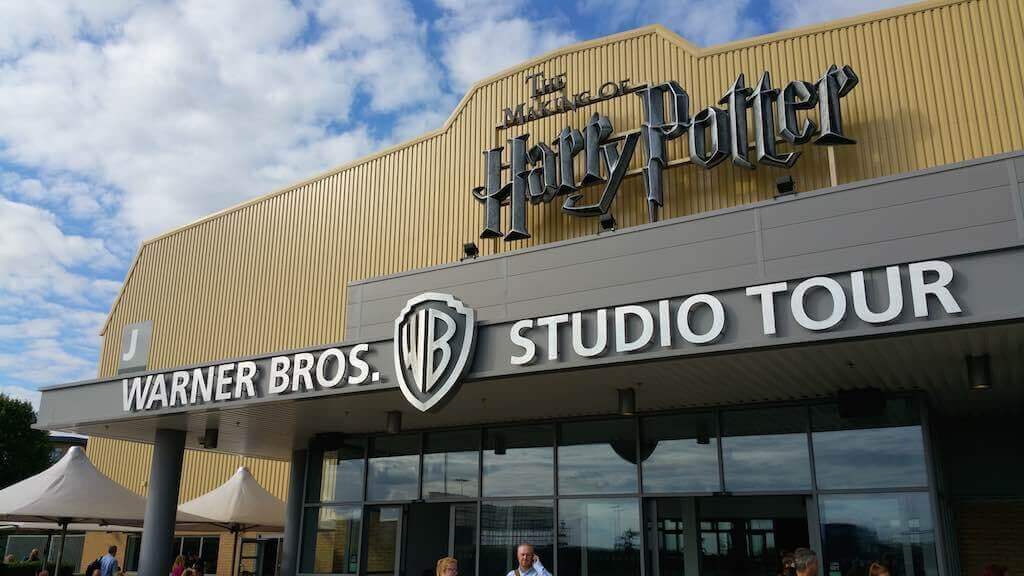 Enter the world of magic and fantasy at the Warner Bros Studio London. If you are an avid fan of the Harry Potter series, this activity is yours to claim hands down. Visit the mesmerizing sets of all the Harry Potter movies at the Warner Bros Studio Tour in London. Visitors can explore the movie sets, the magic brought by the people who worked on the movie for you to live the magic onscreen. Apart from Harry Potter, you can witness the 100 years of magic that Warner Bros Studios have created over the years when you see the script to screen version. So, if you are excited to be a part of the top movies over the years, book your Warner Bros Studios London Tickets with us and embark on a journey filled with mythical creatures, mesmerizing sets, characters and more.

The Great Hall
Enter the mesmerizing and Grand Hall from the Harry Potter movie series which in itself is iconic and has been featured in most of the movies. Step into the magical and spectacular Great Hall where you can witness all the exclusive props used in the movies such as Professor Dumbledore's lectern and House Points Counter.

Platform ¾
Arriving at Hogwarts would never be possible without the mystical portal and gateway disguised as the majestic Platform ¾. Pack your belongings and get ready to board the train that embarks on a unique journey of magic, mystery and surprises. To enter the venue, all you need is the Warner Bros Studio London Tickets and you can embark on the journey of magic with us.

Diagon Alley
The Harry Potter series is incomplete without the daily lives and hustle-bustle of the Diagon Alley. Take a visit to the friendly neighbourhood where you can see the Gringotts Bank, Flourish and Blotts, Mr Mulpepper's Apothecary, as well as the Ollivanders wand shop.

Mind-blowing & Full of Mystery Props
One of the most exclusive factors of the entire series is the props that have been used throughout the movie. Enter the potions classroom where there are more than 950 potion jars. Do not miss out on the memory vials that are more than 900 in number. A splash of pink at Professor Dolores Umbridge's office is something you would never want to miss out on. The other props include the Puking Pastilles which took more than 3 months to be completed.

Mythical & Mystic Features
Get ready to face the Basilisk, Buckbeak, Goblin Heads, and Aragog at the creature's venue. You can also see all the eventful costumes that were used throughout the most iconic scenes of the movies. Starting from the Quidditch game jerseys, Yule Ball, Deathly Hallows final scene, and Beauxbatons. There is more awaiting you at the art department section where you see the Hogwarts castle model, technical drawings and more of the script to screen magic. The chamber of secrets door, invisibility cloak, whomping willow, and green screen at the special effects department will leave you astonished as well.

So, get ready and watch your favourite movie unfold with our Warner Bros Studio London Tickets.

Experience the script to screen making of Harry Potter an exquisite walkthrough exhibition and studio tour.

Witness the mesmerizing model of The Hogwarts Castle.

Look at the exhibit of authentic costumes, props and sets utilized in the production of the Harry Potter films, as well as behind-the-scenes production of visual effects.

What is the opening time of the Warner Bros Studios?

The opening hours of Warner Bros Studios are 9.30 am.

Parking facilities are available at the Warner Bros Studios. It is also free of charge.

Can I carry my own food?

Outside food or beverage is not allowed within the premises. However, the studios have restaurants and cafes for visitors.

Are pets allowed at the venue?

Discover the land of the magic of the Hogwarts Castle at the Warner Bros Studio Tour in London.
Take a walk along the Diagon Alley.
Enter the mystical and magnificent Forbidden Forest which plays a crucial part in all the Harry Potter series.
The Warner Bros Studios Tour London has been accredited with many awards for its all-immersive experience.
Shop at the Gifts section for adorable and elegant souvenirs for all your Harry Potter fan friends.

What activities can I enjoy at the Warner Bros Studios?

You can access the Warner Bros Studios with our Warner Bros admission tickets. To know more about the activities included, read our ticket details or insider tips.

We will notify you as soon as tickets are available