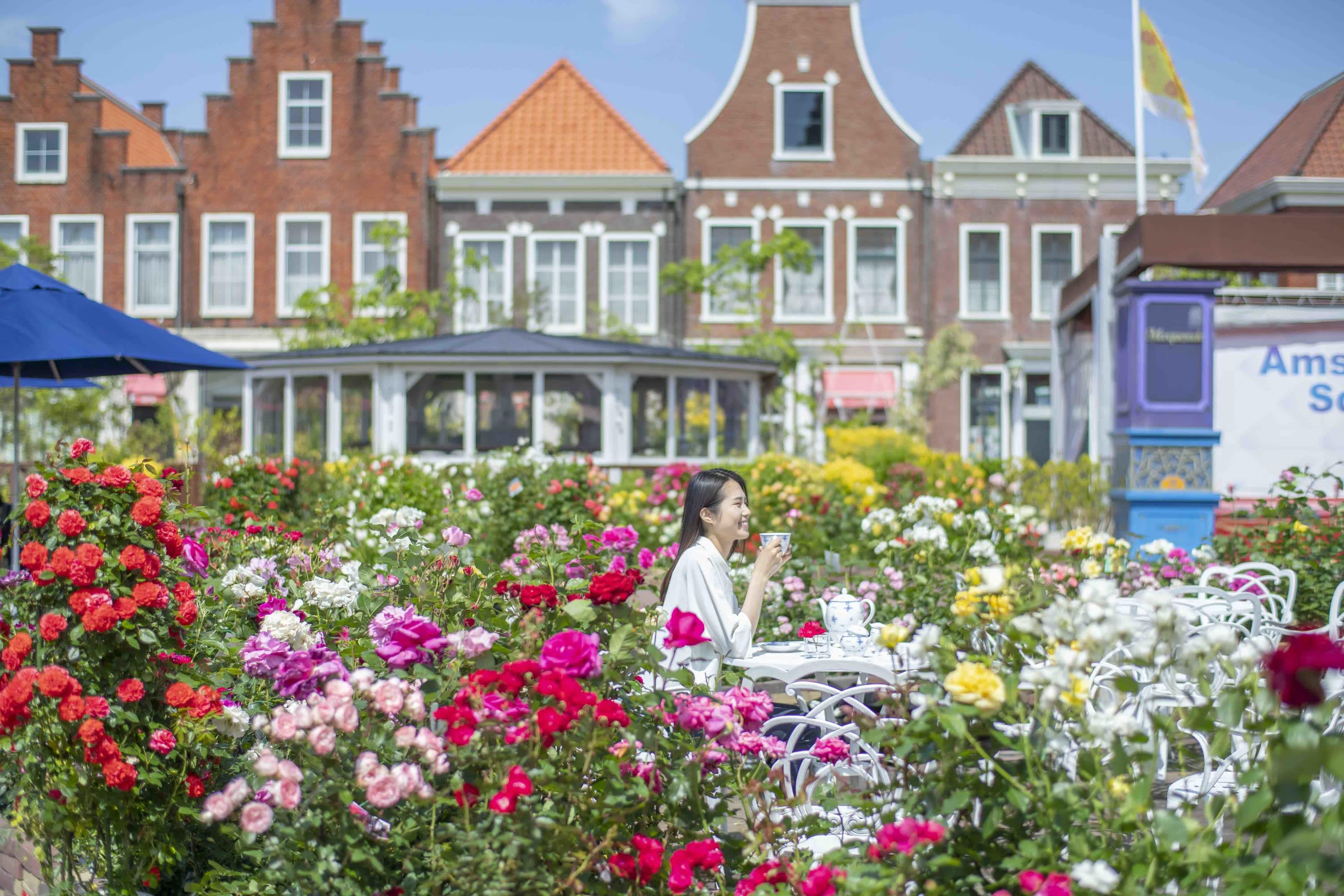 Huis Ten Bosch recreates a 17th century Dutch village in a life-sized experience that will have you believing you're in Europe, not Japan. Roam its charming streets lined with restaurants, shops and museums. This unique park also includes an adventure zone, Dinosaur Land, VR house, an Art Garden and so many more attractions, rides and experiences. Buy Huis Ten Bosch tickets from our website at the earliest to save a lot on your bookings.

Huis Ten Bosch is located at about 12 kms from Sasebo. This unique themepark which looks like a beautiful fusion of Netherlands and Japan, has two main zones i.e. the Theme Park Zone and the Harbor Zone. This unique park also includes an adventure zone, Dinosaur Land, VR house, an Art Garden and so many more attractions, rides and experiences. Explore six kingdoms in Huis Ten Bosch theme park: the Kingdom of Flowers, the Kingdom of Light, the Kingdom of Games, the Kingdom of Music Show, the Kingdom of Health and Beauty, and the Kingdom of Robots. etc. A quick trip up the Tower City elevator to the observation platform provides a spectacular view of all the activities. During the tulip festival, you can see a road of tulips in different colours throughout the premises. Witness the entire Huis Ten Bosch premises being lit up by millions of LEDs during the months of February through Nay. During the summer season you can enjoy the largest fireworks of Kyushu. When you are tired after exploring the beautiful nooks and corners of Huis Ten Bosch, satiate your taste buds at the nearby hotels which are quite famous like Marina Holiday, Chegoya Huis Ten Bosch, Cheese Waag etc.

If you had the dream to witness the Dutch architecure, filled with artistic expression and magnificient engineering, you should book Huis Ten Bosch tickets from our website. We have made sure that you save a lot on your bookings.

Go and grab your tickets now and spend your holiday at the Huis Ten Bosch with your loved ones, family, and friends.